You didn’t choose a home made with 2×4’s for a reason: any old wood just wouldn’t do. Each and every log has its own unique grain pattern, knots, and history, just as your home has its own unique design and memories connected to it.

Here are just three of the (very technical) reasons why logs are special.

Throughout the year, the top curvature of round logs receives the full force of the sun at a 90° angle through much of the day. In the summer months when ambient temperatures are in the low 30’s, that upper curvature can exceed 77°C!

Conventional lumber, in contrast, usually gets hit by the sun at a much lesser angle that allows most of the sun’s energy to be reflected away. That surface on the same summer day might only reach 45°C – much cooler than logs. This is a primary reason you find the upper curvature of your logs stain fades faster than the bottom. 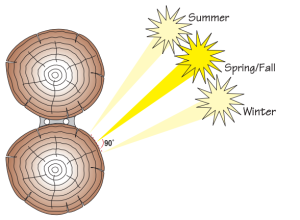 VERY IMPORTANT:
TEMPERATURE: The surface of a log, especially the upper curvature gets very hot in the sun.   Example:   32C outside= 77C degrees on the surface. This will flash the stain and it will not penetrate before drying. Use a laser thermometer to test first or DO NOT work with the sun at your back.

CLEAN YOUR LOGS: One of the most effective ways to extend the longevity of your stain is simply to clean off the logs each year. Dust sits on the upper curvature magnifying the suns energy and baking into the coating. Use a simple log cleaner/brightener each spring and a light pressure wash. You will often get an extra year or two out of the stain simply by keeping the logs clean.

Wood of any kind undergoes significant movement in response to both moisture and temperature changes. In dimensional lumber like a 2×4, this results in twisting, cupping, warping, and occasionally cracking and splitting. Logs endure these same forces, but because they’re bigger, the effects are bigger, too.

Logs aren’t quite strong enough to endure these forces without breaking (something’s gotta give, right), so splits and checks develop to relieve the stress. The bigger the log, the bigger the internal stresses, which means more movement and larger checks and cracks. 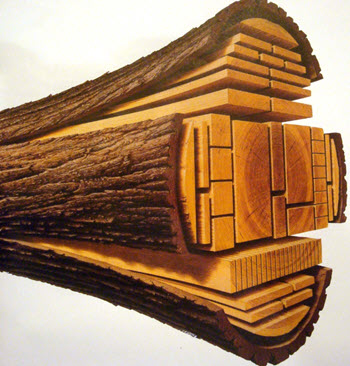 A good amount also exits (or attempts to exit) through the stain or paint. Thing is, stains and paints are stubborn. They don’t like the moisture trying to come out. Pressure builds up under the paint or stain and, over time, leads to flaking and peeling. 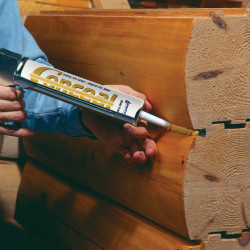 SEAL YOUR CHECKS & CRACKS: But not all of them!!

WHAT DOES IT MEAN?

There are huge differences between logs and dimensional lumber:

Whew! That’s a lot of technical stuff to simply say that it’s important to use products formulated specifically for logs.

Fact is, your log home is the culmination of years of dreaming and planning, backed by a bit (or maybe a lot!) of sweat equity. So why protect your home with products from a company who doesn’t know logs from a 2×4? At Sashco, we understand that Logs Ain’t Wood, which means a “good enough” mindset isn’t good enough. Sashco only makes high-performance products designed to keep your log home in dream-worthy, weatherproof condition. Why? To help prevent needless frustration and give you more time to actually enjoy your dream home. We like to call it “delighting the customer with a better way.” 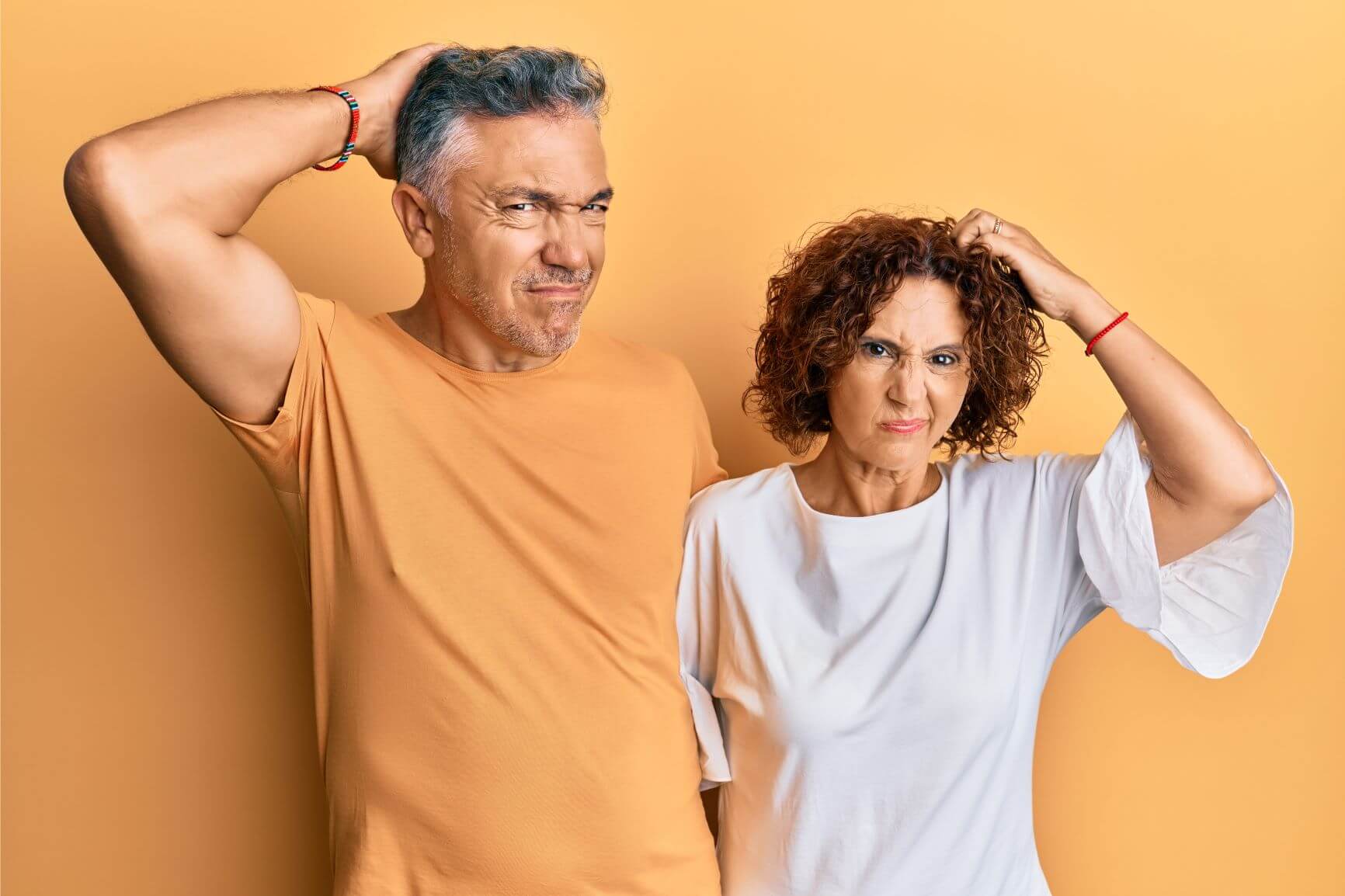 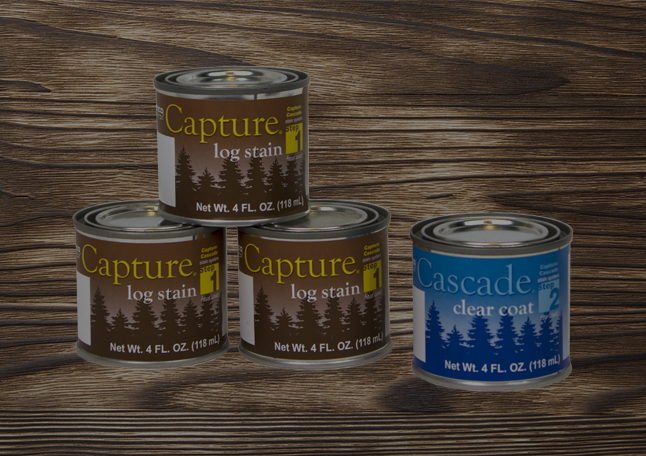 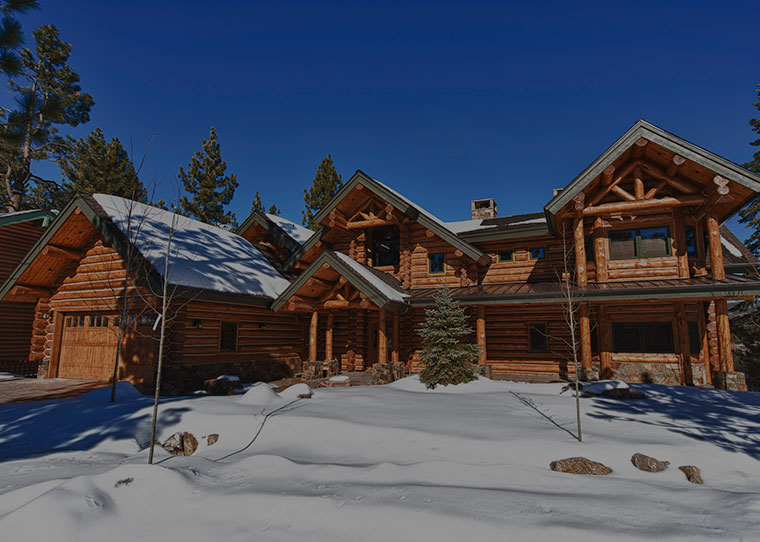 Get Complete Maintenance or Restoration Guides 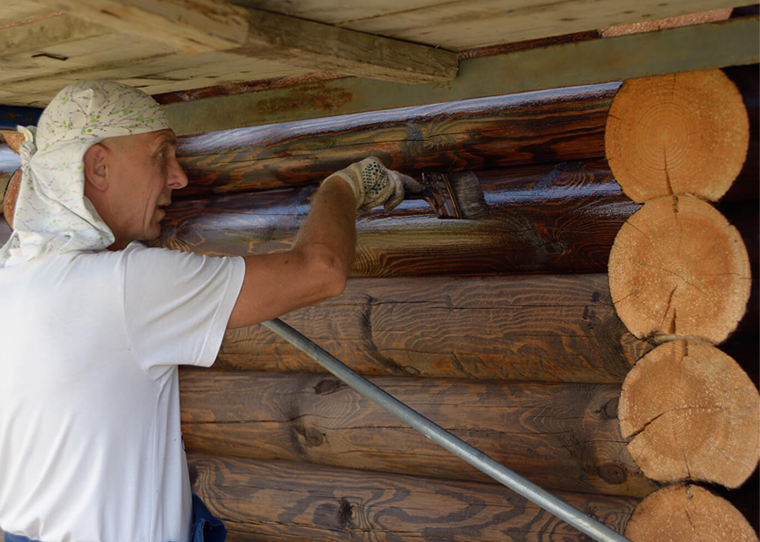 Find a Restoration or Maintenance Contractor

What our clients are  Saying

We've owned our log home for over ten years and I have a pretty good understanding of maintenance and construction issues. I must say his knowledge, advice and service was excellent. I was most impressed with the immediate (same day) turn around on my order. I will certainly be doing business with Canada’s Log Home Store in the future.

Perfect !! We were forced to shop out of town, as Thunder Bay did not have what we needed...Not great. Luckily we came across this website "Canada's log home store" ..Wow impressed ! Bruce was fabulous, our product was shipped the same day. it arrived in 4 days. So happy. Do not hesitate to order from this company. Super happy .

Great customer service, I am hobby builder and ordered on a Saturday got an immediate response and was able to change the product format to get a quicker delivery. Product was very well packed and I am very satisfied.

Not only did he have great knowledge and experience, he took the time to really find out what my needs were to be sure that he was offering us the correct product. His friendly and supportive nature made doing business super easy - the prices were great - and the finished product was amazing! Definitely highly recommend them for any of your log home needs!

Very helpful and knowledgeable in finding me products I needed that where hard to find anywhere else. Shipped out right away and price was good. Good inventory/selection on website. Highly recommend for all log home owners.

Thanks for all the help and assistance. I highly recommend you to anyone with a log home. Your support through the entire restoration process is outstanding.

Or Book a Time for a Callback

I’m here to help! Make the first step to improve your life by reaching out today.
Request An Appointment